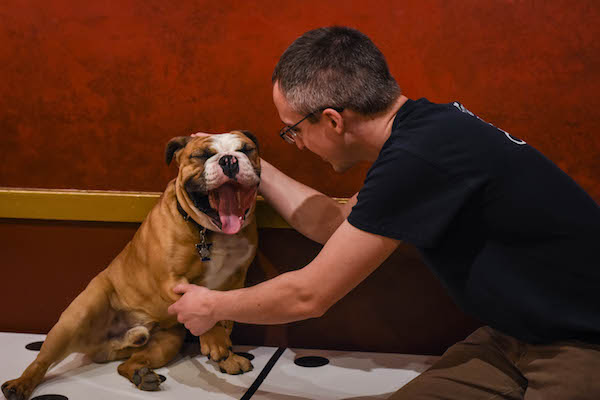 It took me ten years, but I finally met Yale’s mascot Handsome Dan (XVIII; the 18th)! As someone who only attended one sporting event a year during college — the Harvard/Yale game — I had always vaguely wished I could meet him, but we were just never in the same place at the same time. Kevin Discepolo, Handsome Dan’s trainer and handler, recently put an end to my “Decade of No Handsome Dan” by bringing Yale’s mascot by for a quick tour around Escape New Haven to celebrate our third anniversary. 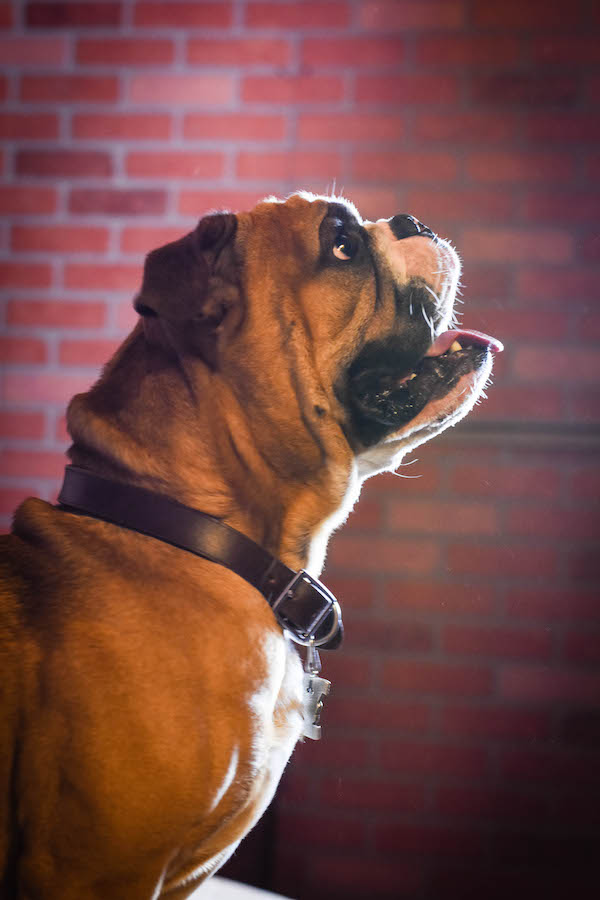 Did we take photos? Of course we took photos (photo credit to ENH Operator and photographer-extraordinaire Stacey Strange, who noted how difficult it was to photograph a wiggly dog). 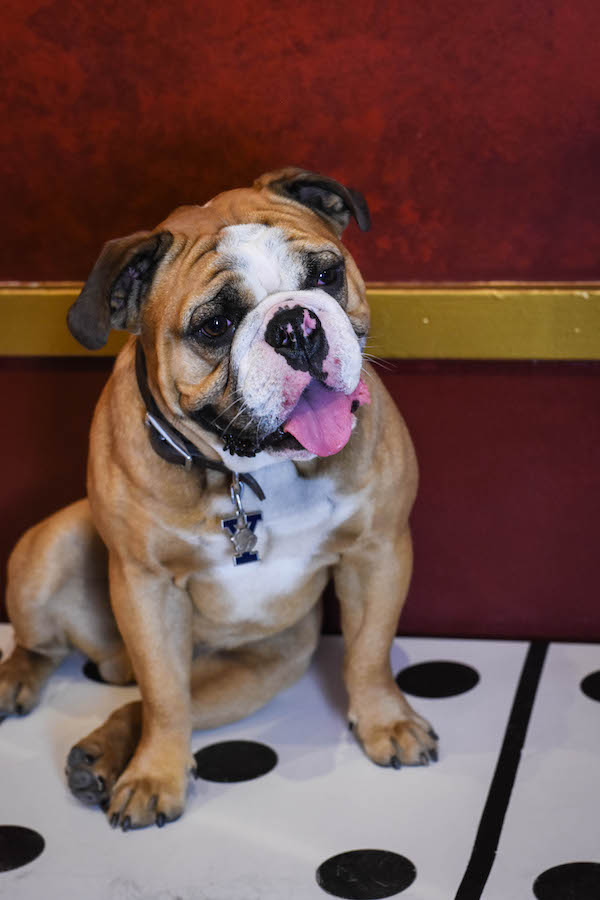 My first surprise was that Kevin, who clearly spends a lot of time with the Olde English Bulldogge™, calls him by his given name: Walter. (I don’t know why, but I kind of expected him to be called… you know… Dan.) Anyway, Walter, who has one brother and five sisters, is named after Walter Camp, former Head Coach at Yale at the end of the 19th century and the “Father of American Football.” Walter (the dog) came to Yale as a puppy after a national search to replace Sherman, aka Handsome Dan XVII.

One thing I probably should have anticipated was Walter’s love of the Crypt. I just didn’t think he’d be that into plastic! But I guess a bone is a bone is a bone. Walter certainly thought so. 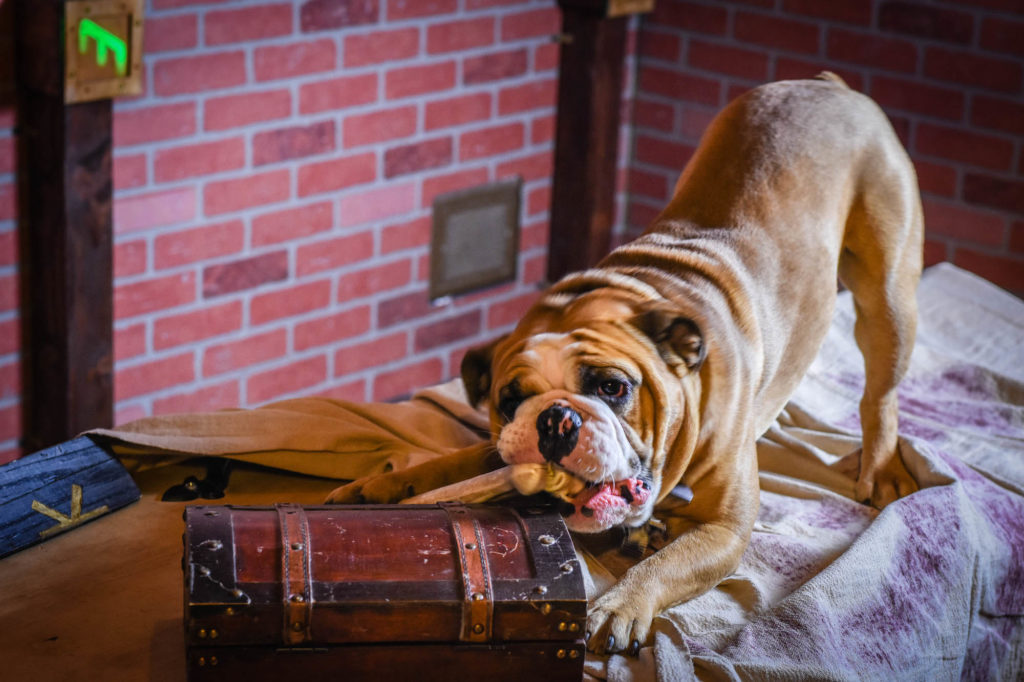 Another thing I learned is that I am still awkward around some dogs. I just don’t like being slobbered on, ya know? 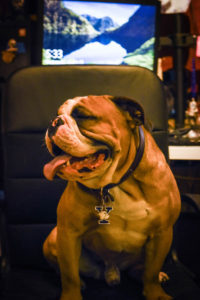 Which isn’t to say I didn’t have a great time with this pup. Walter may not be as irresistibly adorable as he was when he assumed the throne (and pseudonym) two years ago, but he is still that goofy kind of cute that you might expect out of a bulldog skidding around on smooth laminate floors.