I know: it’s been a while. We took a long break from blogging, but a LOT has happened here at Escape New Haven, and I think we owe you an explanation, as well as a little teaser of what you can expect out of us in the near future…

As you probably know, Escape the Game Show is live! In fact, it has been for several months. 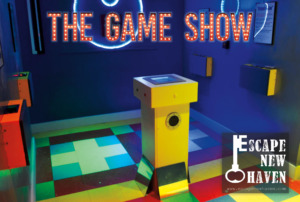 After an exhausting build, a series of cringe-worthy beta tests, and repeated launch delays, we finally delivered something we’re proud of. Max and I admit we weren’t prepared for the complexity of project management with a sizable team, and we didn’t allocate enough time to testing and troubleshooting for a game that has literally ten times the tech complexity of any of our previous games.  I took some time off from Escape while Max cleaned up the technical issues and launched it at the end of July.

While it’s still not everything we wanted it to be, the players really love it! I think that we ultimately achieved our most important goal for this game: innovating in the escape room space. We made some bold design decisions (and that frustrates some players), but it paid off.

After playing the Game Show, a prominent escape room review blog recently declared that there are

“…more inventive game mechanics in this escape room than most companies have in all of their games combined.”

Just about everyone on our amazing staff was really eager to get involved in the design of our next game, so we decided to take a new tack for the initial design phase. (See our previous blog entries for details on our last game’s design process.)

This time, we invited everyone to our first ever Escape New Haven Retreat — where, sipping adult beverages by the fireplace in a lakeside cabin in the Poconos, we got to spend some quality time getting to know each other better, shooting at each other with laser guns, and most importantly… storyboarding our upcoming game!

We’re not releasing any information about the theme just yet; all I can say right now is that we’re very excited about it, and it’s going to include some elements that are completely new for us.

We’re also really looking forward to signing a lease for a top-secret design and prototyping studio here in New Haven this spring.  There, we’ll be able to fully test every aspect of our games and roll out a highly polished experience, with none of the hiccups we faced during The Game Show launch. 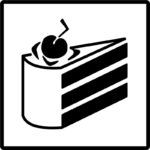 Oh, and guess what? Escape New Haven just turned 3! We opted for the staff retreat in lieu of a public celebration this year, but don’t worry: we popped a bottle of champagne on your behalf. Because, as always, we couldn’t have come this far without you — so thanks for sticking with us. We’re going to keep doing you proud.

– Ethan, and the rest of the Escape New Haven team