The calendar is opening up! On January 5, we opened our second Space Station (Betelgeuse). It’s a carbon copy (more or less) of Space Station Andromeda, and games for the two space stations are scheduled simultaneously — which means that larger groups (up to 16 players) can book both space stations at the same time (assuming tickets are available), split the group into two teams, and “race to escape.” This opens up more options for large groups who want to play during our “open booking” hours (evenings and weekends) instead of making a private booking during the day.

More recently, we’ve also decided to offer one set of “open booking” games on both Tuesdays and Wednesdays at 6:00/6:30 PM. The new openings will begin on January 24. We’re honestly not sure how popular those days will be for escaping, but we’ve been getting regular inquiries about weekday evenings, so we finally took the plunge. This means that you no longer have to make a private booking of the entire venue in order to play on a Tuesday or Wednesday evening, so hopefully that will allow some more flexibility in scheduling outside of the ever-popular weekend slots. 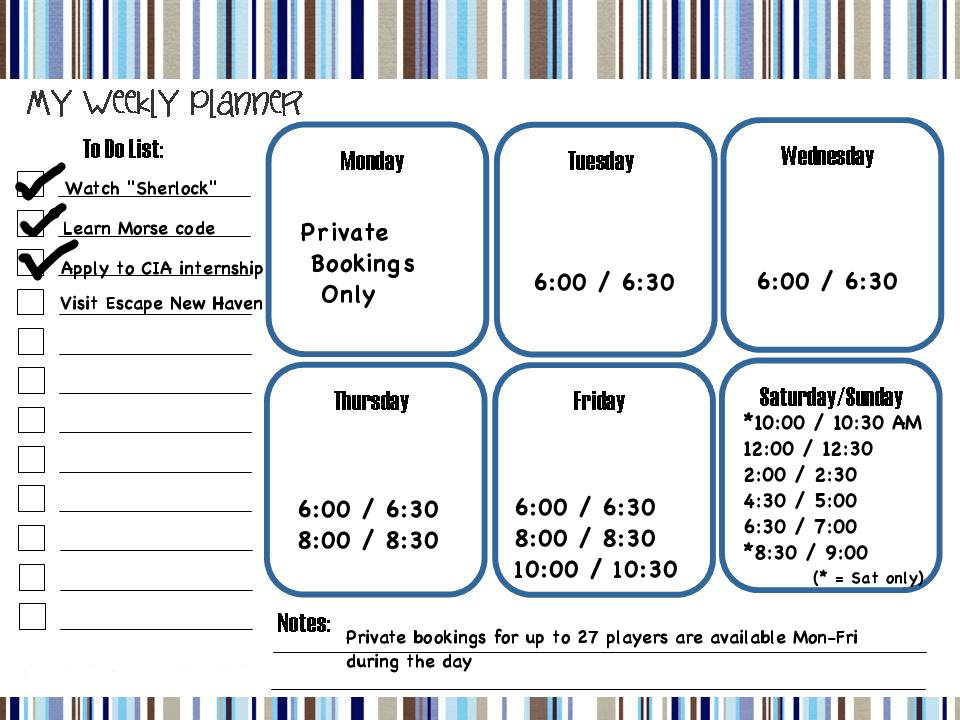 In other news, we’ve had some amazing best-ever escape times in the past seven weeks.

One last thing: A belated happy new year to you all! We apologize for having been mostly incommunicado since last month’s re-opening. Now that things have finally settled down, we’ll be getting back to our weekly or biweekly updates. So if you don’t want to miss next week’s anniversary party announcement… stay tuned!