It’s been an exciting springtime for us! You may be seeing some new faces around Escape New Haven because our team has grown by three individuals. There’s no day like today to meet them: 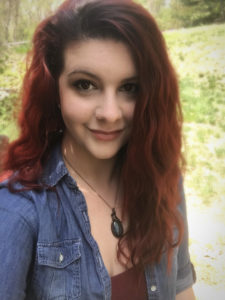 In real life, she hails from the great state of New Jersey (the part with cows, not beaches) and she holds an MFA in Acting from the Actors Studio Drama School.

Outside of Escape, she can be found surrounded by several in-progress crafts, many cold mugs of tea that she forgot about, binge-watching a show meant for teens in the early 2000’s, with a cat on her lap. She also enjoys spending time outside, listening to the rain, and playing board games with her husband.

Her favorite games include Portal/Portal 2, Betrayal at House on the Hill, Pokemon, and Harry Potter: Hogwarts Battle. She is also a rookie tabletop RPG player, but hopes to graduate to the big leagues soon.

Elsbeth is totally thrilled to be a part of the Escape New Haven crew as the salesperson and operator for our on-site group puzzle, Wreck Havoc! Now if only she could find a place to park… 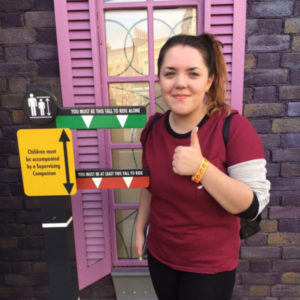 Suzy graduated from Southern CT State University with a degree in psychology. By day, she works at a group home for adults with mental illnesses. By night, you can usually find her either jamming out to 90s boybands or catching up on true crime and/or paranormal podcasts.

Suzy’s favorite escape room is The Crypt at Escape New Haven. A true 90s baby, her favorite games overall are Dream Phone and Mall Madness. Random fun fact (to her, at least): Suzy hasn’t missed a single episode of General Hospital since 2004. Impressive or sad, you decide.

Suzy notes, “Since my height (or lack thereof) is usually the first thing people notice about me, here’s a picture of me being just barely able to get onto the Minions ride at Universal without the presence of an ‘adult’.” 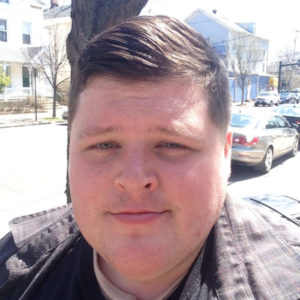 Dan is a new game operator at ENH. Outside of ENH, Dan performs stand-up comedy and is a managing editor at the satirical website thehardtimes.net.

His favorite ENH game is The Game Show because of how conceptual it is. “It is the most unique escape room experience I’ve had so far!” he notes.

So there you have it, folks! Our three newest ENH team members. See you around!